Modular robotic cell that integrates CNC and robotic systems and languages and capable of fitting into a highly automated assembly line.

Optimizing the production cycle through an increasingly higher level of plant automation. In order to meet this and the best needs of the automotive sector, Belotti has developed a new solution called BELOTTI INTEGRALE for the processing of advanced materials (carbon, Kevlar, light alloys), in close collaboration with KUKA and Siemens. The project itself is relevant for the intrinsic technological development, for the importance of the partners involved and for the interesting commercial potential.

The pilot line of BELOTTI INTEGRALE is installed in Sant’Agata Bolognese and it is part of the assembly line of the Super SUV Urus by Lamborghini, a leading, Italian luxury car brand owned by the German Audi (Volkswagen Group).

The customized design of BELOTTI INTEGRALE allows the positioning at close distances to the traditional Cartesian CNC machines already in the line, for a perfect fit both in terms of layout and of communication with the entire system already operating. Integrating with other traditional CNC machines, systems of loading/unloading pallets and equipment transfer, this new solution guarantees a high level of flexibility and attention to detail in the trimming and milling of composite materials and light alloy components, in particular carbon fiber and aluminum often used in the high-end automotive sector.

At the ground level of the machine, a rotary table located in the centre of the cell is served by two side shuttles that take the pallet from the existing system and bring it into the cell. Automatic dust-tight doors open and close quickly near the shuttle. Subsequently, the materials are machined using a KUKA robot (model QUANTEC KR 270 R2700) hung at the ceiling. This setting, combined with the rotary table, has been conceived to gain access to several points within the cell itself and to facilitate the machining processes since the different faces of the work piece can be always arranged in front of the robot. The main machining operations concern milling, drilling and trimming of composite material components and other special functions required by the customer, with the possibility to install special tools to automate some processes previously done manually.

Due to space constraint, an elevated loft has been designed to manage and store the tooling that is usually positioned at the ground level. On this upper level, another KUKA robot (model KR 30) operates the tool change and measurement functions; while the exchange with the first robot underneath takes place through a dedicated opening in the ceiling. The upper robot accesses a 36-position tool changer also called “fast” storage where it picks up the tools in use during the machining and exchange it with the other robot at the lower level. During downtime, it carries out secondary tasks: it moves the tools to a “slow” chain storage as backup, so that they are always available, and it prepares the tools for the following machining operations. In addition, it picks up the tool that has just finished working from the robot on the lower floor, recognizes its specifications, detects the dimensions and place it in the appropriate storage or in another dedicated place if excessively worn or broken. The tool pre-set is done by the operator who loads the right number of needed tools at the beginning of the work cycles by means of a special elevator. This latter one brings them to the upper level, where they will be managed by the upper KUKA robot picking and reading them for confirmation, then placing them in the dedicated place. If necessary, the machine can be controlled by the operator on the lower floor, while access to the upper floor is via a staircase, for maintenance and possible control. Indeed, the heavy customization of the tooling management system aims at leaving the machine unattended even for long time.
The creation of this cutting edge Belotti solution is possible thanks to the openness and flexibility of the CNC Siemens Sinumerik 840D sl, which allows the very complex operations of the two KUKA robots to be kept “under control” and programmed with ease – also managing their diagnostics – and the end-user to have a single access point for the necessary remote assistance.
The complexity of BELOTTI INTEGRALE is also linked to its very high-level automation, which responds to the Lamborghini’s need to optimize the production cycle, increasing the productivity of their machined car parts up to 30%.

BELOTTI INTEGRALE is a robotic cell that can be installed into an existing production line, offering a high-degree of modularity. In fact, the customer can choose the modules that meet his own needs during the negotiation phase or even later.
Each module represents a function, a specific process that the customer wants to introduce.
Compared to the traditional and closed systems, this solution therefore allows a simpler update of the entire production line, adding modules according to the required functions or the new needs.
This feature provides greater flexibility as well as ease in upgrading the line without undermining previous investments.

BELOTTI INTEGRALE is one of the first applications in the world to integrate robotics and CNC: the robots are controlled by Siemens numerical control through the function Sinumerik Integrated RunMyRobot. This specificity actually allows the customer to program and manage the robots with ISO language, typical of industrial machinery, and it represents an innovation that became reality thanks to the collaboration of two major world players such as KUKA and Siemens. These two companies have defined an interface allowing the data exchange between their two related systems. Therefore, Siemens Sinumerik CNC is able to communicate perfectly with KUKA control software for robot management. Starting from this, Belotti has finally integrated CNC and robot technologies within its new numerical control machine, an intelligent automation solution for the total benefit of the customer.

We are available to provide further information and respond to your requests.

Fill out the form
Information request 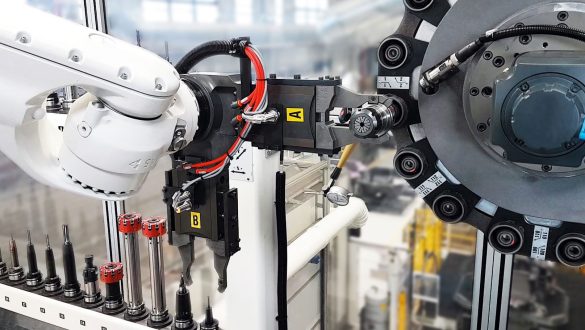 Belotti Robotic Automation is the business unit that operates to simplify the production processes of companies and to increase their productivity by providing “turnkey” automated solutions. Choosing to entrust Belotti for the implementation of automation processes means benefit of the strategic and operational advantage of having... 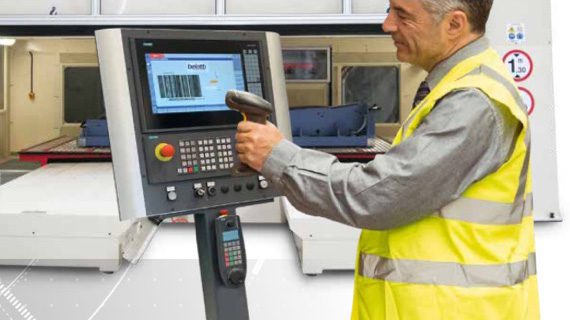 Internally developed software to facilitate the programming, monitoring and interconnected management of machines with the factory IT systems.