Since its foundation in 1979, Belotti has distinguished itself as one of the leading Italian manufacturers of cnc milling machines thanks to the state-of-the-art features of its CNC technologies. For over 40 years, Belotti’s solutions have contributed to the success of its customers, bringing innovation, reliability, precision and production performance. The deep-rooted know-how acquired over the years designing and manufacturing 3 and 5 axis CNC machining centers in Italy, has allowed the company to interface with a wide universe of application sectors such as aerospace, automotive, rail, marine, medical, design, moulds and thermoforming industry to name a few.

A story of innovation marked by the company technological achievements and customers’ successes.

The demand for Italian numerical control machines is generated by numerous international markets, attracted by the innovation and technological excellence endemic to Italian manufacturers. Several application sectors are driving the development of this demand and Belotti, thanks to a courageous entrepreneurial vision, has succeeded over the time to support such demand and its increasingly higher quality standards, becoming one of the leading manufacturers of numerically controlled milling machines.

The milestones of Belotti production: advanced CNC machining centers at the base of the company’s success

Belotti’s technological history is marked by significant milestones.
In 1986 the company, led by Eng. Luciano Belotti, develops “RO5”, the first prototype of a 5-axis machining center for the processing of thermoformed plastic components. The machine was equipped with NC and the linear movement of the axes was carried out by means of a ball screw which allowed movements at high speeds and reduced friction.

The new RO5 solution immediately received great acclaim by the market and three years later, in 1989, its confirmation arrived: Belotti acquired an important order for eight RO5 machining centers for the processing of SMC composite bumpers for IVECO vehicles. Belotti delivers the machining centers in “turnkey” mode and this success story is the driving force behind the company’s growth and as an important player in the automotive sector.

2000 is the year of the launch of the FLA Series, the new generation of high-speed 5-axis machining center designed for models milling and for high-volume trimming of composite, plastic and wood components. The FLA series is a real Belotti best-seller: ten years later, in 2010, the company produced the 500th model. A success closely linked to the growing use of composite materials in many application sectors.
Belotti FLA Series machining center integrates:

On the strength of the consensus received, the company continues to invest significant resources in R&D, despite the global economic situation not playing in favor of the Italian manufacturers of numerical control machines.

In 2007 Belotti launched the SKY Series, particularly conceived for machining aluminium and light alloys material in general. SKY Series represents the ideal solution for the milling of light alloys patterns and moulds, for the creation of pre-production resin prototypes for the design centers and for the trimming of structural components in composite materials.

In 2011 for the TAI Turkish Aerospace Industry – the Turkish state company for the production of aerospace systems – Belotti develops, designs and manufactures a cutting and milling plant dedicated to the profiling of carbon fiber parts, a solution in which a CNC milling head and a waterjet cutting head coexist. This technology was enriched with the innovative UVF – Universal Vacuum Fixture – system made by Belotti,

For this important innovation Belotti won the prestigious ACE award – Award for Composites Excellence – in 2013, for the significant contribution in the development of technologies dedicated to the processing of composite materials.

Development continues and, in 2018, Belotti designs and installs the first integrated Robot-CNC modular cell, “Belotti Integrale”. The solution is a concrete response to the emerging need from the automotive sector to increase productivity and automation of the production cycle, and is developed in cooperation with important players of this sector. As an advanced solution where numerical control and robotics technologies converge, Belotti Integrale is intended for the processing of advanced materials such as carbon fiber, Kevlar and light alloys.

In 2021, the partnership with the Dutch company Cead Group, Belotti develops BEAD, the new hybrid technology that integrates the additive manufacturing and the milling process into a single machining center. A cutting-edge solution that combines additive and subtractive methods for large-scale production and processing of thermoplastic materials.

BEAD offers the possibility to 3D print a piece close to the final shape (“near net shape”) and then mill it with the precision of a numerically controlled machining center to obtain a “ready to use” piece. The entire process, fully automated, guarantees simultaneous production speed and precision of the finishes, offering the customer a considerable economic and competitive advantage. 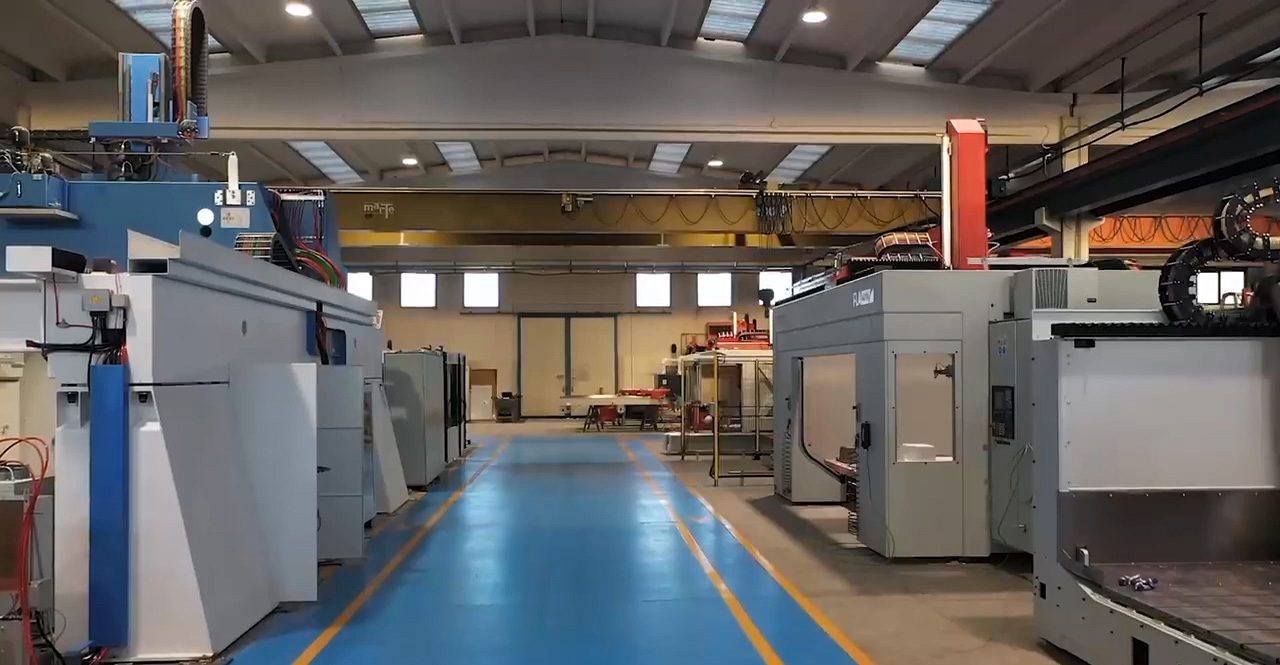 Automotive is a historical application sector for Belotti: the first contract for IVECO has literally launched the company, bringing it to the limelight as one of the best Italian manufacturers of CNC machines.

Currently Belotti collaborates with companies of absolute importance in this field: players like Dallara, one of the most prestigious companies specialized in the design, development and production of racing cars, or CPC Group that, for over 50 years, represents an excellence in the field of mechanical processing of composite materials in various industrial areas.

The key features of Belotti’s technological offer in this particular application sector are precision, productivity and safety: the machining centers of FLA, MDL and FLU Series are technologies highly representative of these characteristics.

Below some of the most important success stories from the automotive industry:

Belotti CNC technologies fit into this particular application area, responding effectively to the needs of precision, reliability and versatility, imposed by the stringent standards of this sector.

The following list includes some of the most significant Belotti references:

The high rate of innovation that distinguishes this particular industry meets the DNA of Belotti that has developed for these companies advanced solutions for numerically controlled processing of different types of material.

To learn more about Belotti’s Success Stories in the aerospace sector, please find below the dedicated links:

As for aerospace, the safety and reliability of the finished product are essential fro railway industry: for this reason, relying on NC construction technology, such as those produced by Belotti, means being able to count on precision, reliability over time and productivity.

For Ural Locomotives, a Russian company that manufactures high efficiency and low environmental impact electric locomotives for freight or passenger transport, Belotti has developed and built two customized machining centers model MDL and SKY that enable the company to process large panels of aluminum that make up the bodywork of the wagon

Another important player in the sector, the Japanese Hitachy Rail, turned to Belotti to equip its Reggio Calabria plant with a 5-axis machining center model MDL. Hitachy Rail is an integrated group that provides rail transport vehicles, as well as other technologies and maintenance services.

Here are the links to the two success stories:

Design and furnishings represent a highly strategic area for Made in Italy: being able to boast important collaborations such as Franke and Cassina testifies to the quality that Belotti machining centers are able to guarantee. The quality of the workmanship on a design product cannot compromise, without ever losing sight of the productivity of the plants: for this reason the construction features and the advanced technological content of the Belotti cnc machining centers are the solution chosen by important companies. and renowned companies in the sector.

The shipyard industry represents a highly strategic application area for Belotti due to its high development potential: many, in fact, are the companies that have relied on Belotti technology and with which important supply relationships have been established and consolidated.

These include Sunreef Yachts, a designer and builder based in Poland, specializing in the design and production of multihulls that stand out for the exclusivity and elegance of the interiors, layouts and low consumption.

For Sunreef Yachts, Belotti has created one of the largest machining centers in Europe, thanks to which the builder will be able to create the moulds of its hulls, which have always been characterized by highly innovative design and suited to maximum hydrodynamics.

The ambassador of this new technology is the former Formula One driver, Nico Rosberg, who tells how this important investment represents for the company a further technological advance towards increasingly sustainable boats.

Last only for acquisition and certainly not for importance is the collaboration established with Technohull®, a leading company in the construction of luxury boats with high technology, high quality and high performance.

Thanks to a specialized team of naval architects and a close collaboration with international naval research centers, the company uses its patented hull technology to design and produce technologically advanced hulls, efficient and extremely resistant to navigation.

The trust of Belotti customers pass through the continuity of supplies and collaborations: many companies turn to Belotti to integrate their production departments with new machining centers or for retrofit / upgrade activities on existing ones.

For a complete overview of Belotti after-sales services, please refer to the Belotti Service website section.